Home / THE COMPANY / The company

Les Fonderies de Saint-Rémy was created in 1906 in Montluçon by brothers Henri and Victor de Saint-Rémy, who were moulders in the Saint-Jacques steelworks. 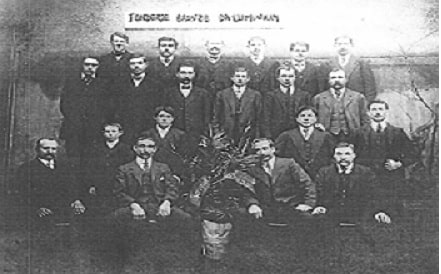 They opened up their business in a small warehouse along the Cher River and developed friction bronze parts for use as bearing bushes.

The setting-up of a finish machine shop in 1945 allowed them to supply well-known customers like MICHELIN- DUNLOP – CREUSOT-LOIRE – USINOR with finished products.

In 1952, the factory developed sand cast alloys with high lead content and from 1985, pure and precipitation hardening coppers.

In 1987, the Company decided to move to an industrial area in Commentry to continue its expansion.

The company was bought in 1994 by LES BRONZES D’INDUSTRIE (LBI), specialists in centrifugal casting of non-ferrous alloys and stainless steel, and became SAINT REMY INDUSTRIE (SRI).

Thanks to substantial investments in electric melting and numerically controlled machine tools, this new impetus enables us to develop aluminium bronze for the ship and hydraulic industry markets, together with copper with its high conductivity, for use in electrical equipment of medium and high voltage and welding equipment for the car industry.

Importantly, our complementary manufacturing and commercial development relationship with LBI enables SRI to develop and increase its export sales significantly.